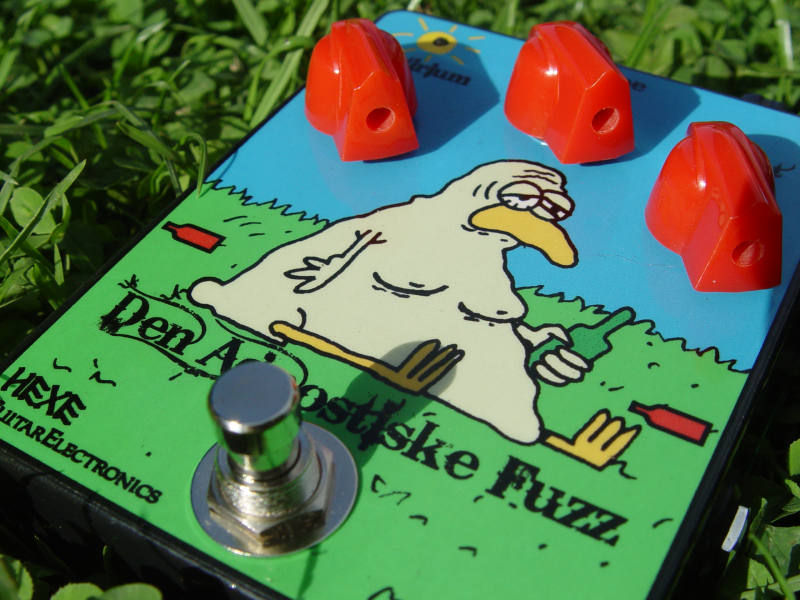 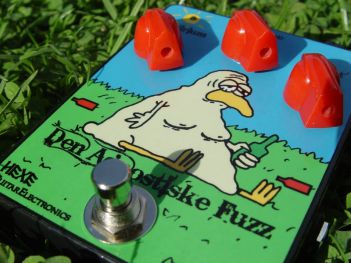 ... in Danish, or directly translated The Agnostic Fuzz is a new custom designed and build pedal and a result of cooperation with Danish film makers Wiredfly

The Agnostic Chicken (Den Agnostiske Kylling) is a character created by the Wiredfly team. Due to his physical attributes (mainly the total mass), the chicken's mobility is seriously limited. Nevertheless, he can't complain about the lack of adventures and there's always that bottle of cold beer around... ;)

The pedal itself is an attempt to reflect the Agnostic Chicken's character in a more musical and engineering manner. After some thinking we came to the conclusion, that a fuzz pedal combined with vibrato would be a good choice. There are two main parts in this device: 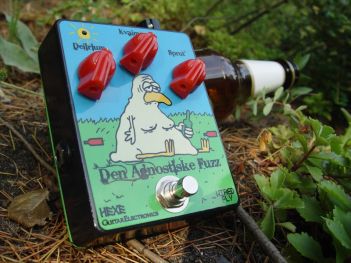 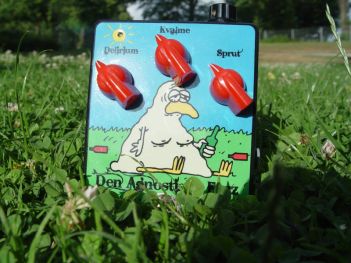 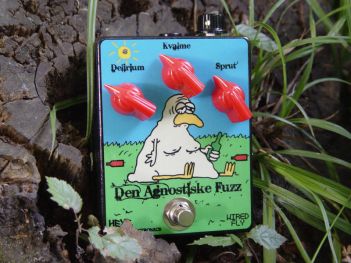