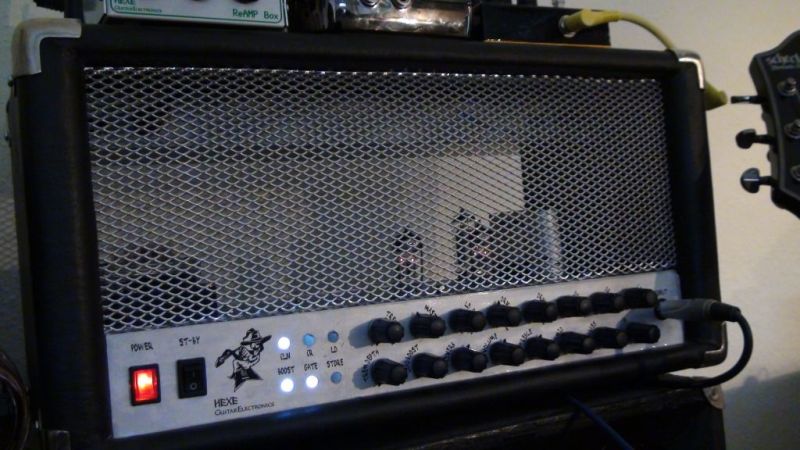 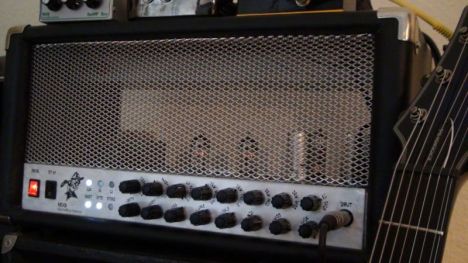 ... specially designed to fit into a small homerecording studio. Also a field for experiments with different ideas i gathered over the years.

Preamp section uses three dual triodes and is equipped with a filament switch allowing to use the Russian 6N2PEV triodes or the ECC8x/12AX7 series.

The solid state parts are used because of their low impedance outputs to drive the effect loop, line output and reverb tank.

Digital electronics is used to control all the functions and to communicate with the external world via midi interface. In other words, i'm following my motto: "take the best from the all available techniques and use them well" :). The controller part is based on ATMEGA microcontroller, the Reverb level is digitally controled with a PGA2310 volume controller chip. Relays, opto-fets (H11Fx) and LED+LDR combos are used as a signal switching elements.