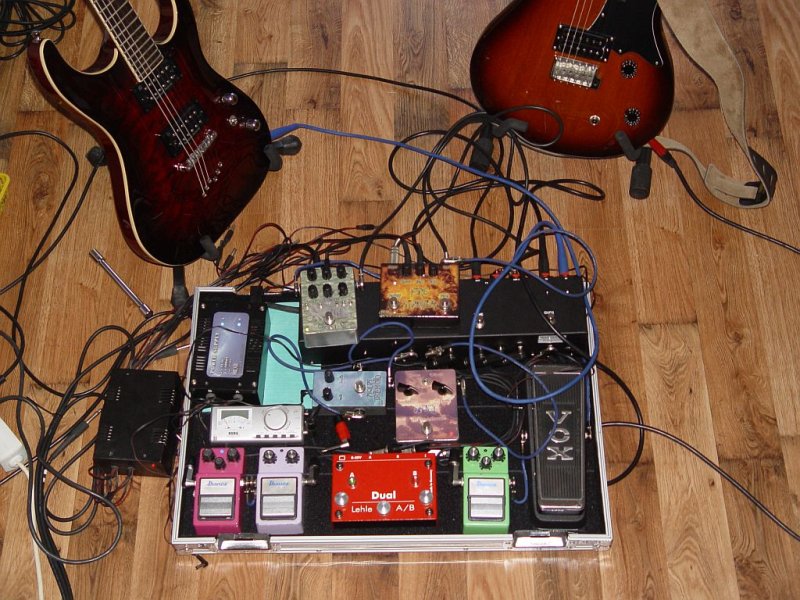 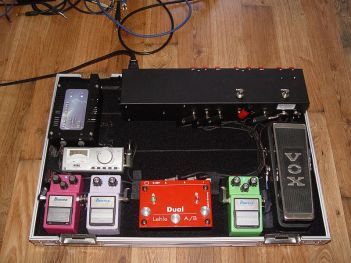 Extended version of the previous smaller pedalboard. Setup expanded to a two amp rig and it became necessary to adapt the pedalboard to work with both amps. Furthermore, the pedalboard was improved making it more easy to extend even more in the future.

Currently, the setup can be divided in two paths:

In front of both amps are:

Switching between the amps is realized with Lehle Dual A/B amp switch.

To eliminate the necessity of plugging and unplugging the cables during the concert, pedalboard will be equipped with inputs for two guitars and a footswitch to choose one of them.

Before we started to plan all the pedalboard i had to deal with some technical problems that occurred. The most troubling and annoying problems were:

Lehle Dual switch is a very well concepted device. It's sonically transparent and built with best quality components. The only one disadvantage, which is supposedly fixed in the newer versions are switching noises. The source of the problem is a switching element used in Dual - an electromagnetic relay. Relays are great as switches, but they have one unpleasant feature, they generate spikes in the switching moment which is often coupled into the audio signal. The problem was solved by designing and installing a special piece of circuitry that cuts out the spikes from the output signal and makes the switching more smooth. After the mod the switching is heard more like a quick fading between two sounds. 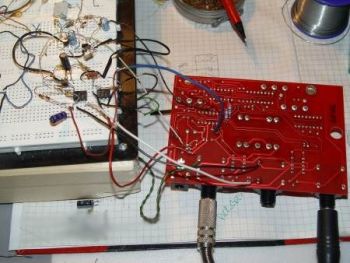 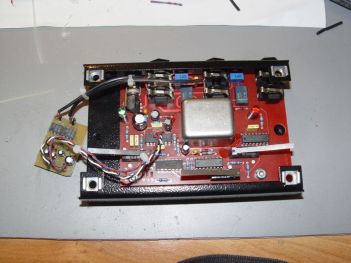 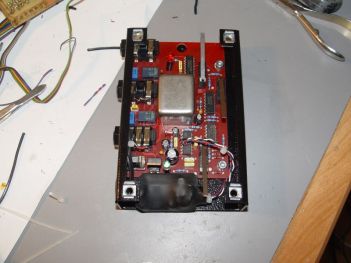 During the tests we encountered another problem. The Wah pedal did not work properly when connected to the Dual's input. The sound became useless and a low frequency oscillation occurred at the lowest position of the wah pedal. The source of the problem was the inductive character of the Dual's input (there's a line isolating transformer inside) and a quite high output impedance of the wah. Additional impedance buffer was built into the wah and the problem was completely solved. 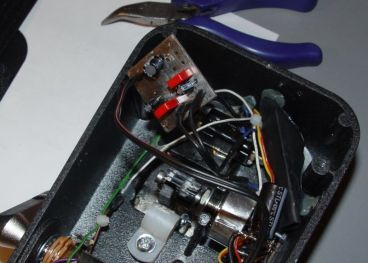 As in the previous version, all jack sockets used to connect the pedalboard with the rest of the setup are grouped in one box placed in the front of the pedalboard. The box is a Hammond black powder coated steel chassis.

Jacks and switches placed on the front panel are:

Placed on the top:

Besides the in/out jacks and switches the box contains:

The pedalboard was 3D modeled to discuss the placing of its all elements:

The base of the pedalboard is Rockcase 23010A. All elements are fixed using velcro. The most important thing when putting all rig together is a proper ground and power routing, which ensures that, there won't be any ground loops resulting in low frequency hum, the switching noise is eliminated or minimized to acceptable value. 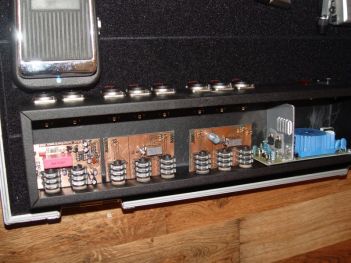 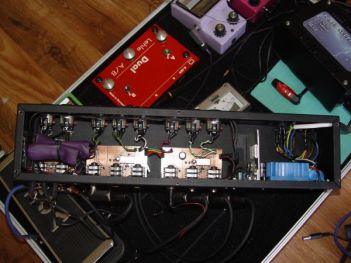 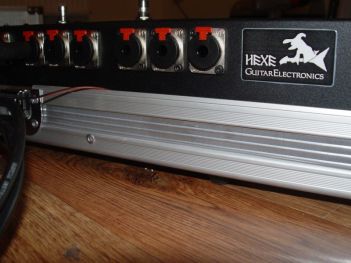 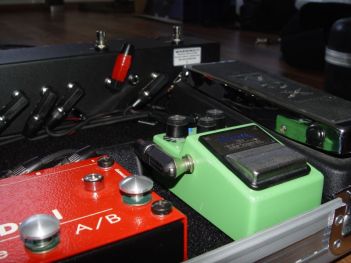 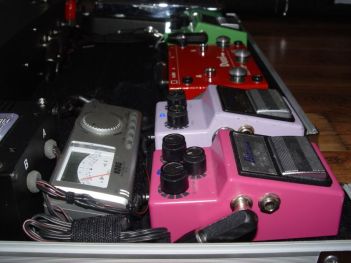 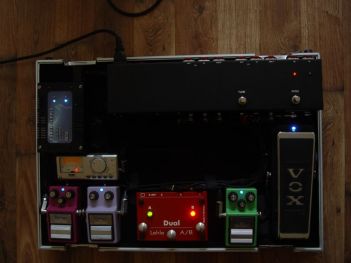 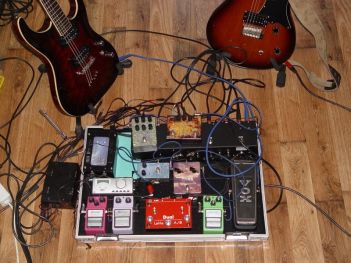 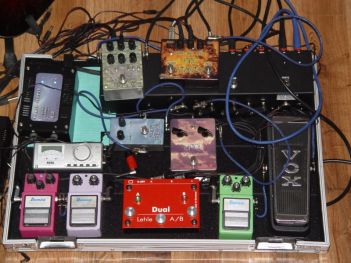 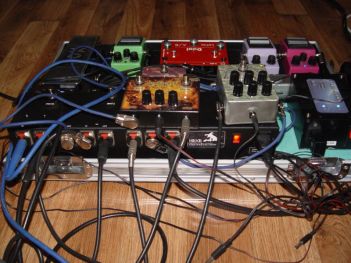