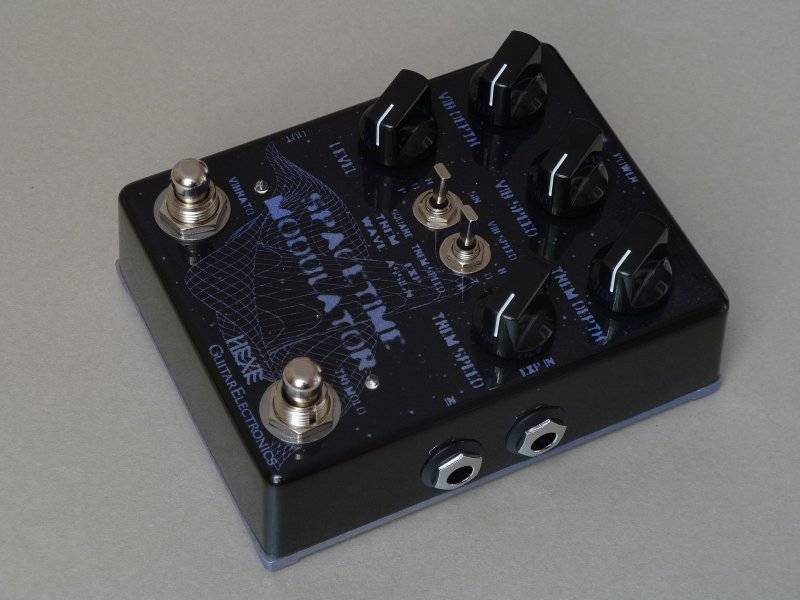 Vibrato effect based on digital pitch shifting techniques, among many classic vibe sounds, also is able to create a slow detuning effect, similar to changing the speed of the tape reel machine. In the latest version of the pedal, the Vibrato part is equipped with optional lowpass filter which can be used to produce more analog type warmer sound. 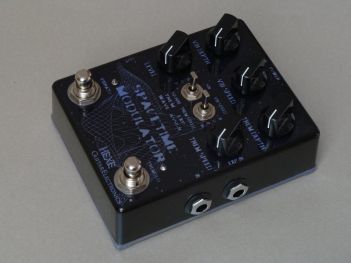 Both sections of the pedal, the tremolo and vibrato can be used independently. If both are switched off, the pedal enters the true bypas state, where the analog input signal is routed directly between the in/out jacks.

The tremolo part, apart from the standard set of features like Speed, Depth and two waveforms, has an additional Chop working mode. In this mode the waveform is set to Square and the tremolo effect is applied only when the corresponding Tremstrong> footswitch is held pressed (momentary action) 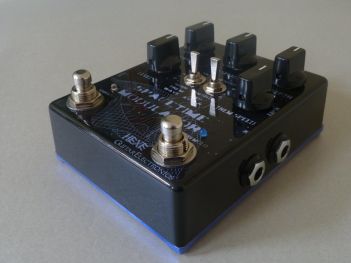 The speeds of both effects can be also externally controlled by plugging the expression pedal to the EXP IN input. The EXP ASSIGN switch, known from the BitCrusher pedal, allows to assign the Exp pedal to the Tremolo or Vibrato speed or, if required, to both of these parameters.

There are three available settings, the setup is done while powering up the pedal: