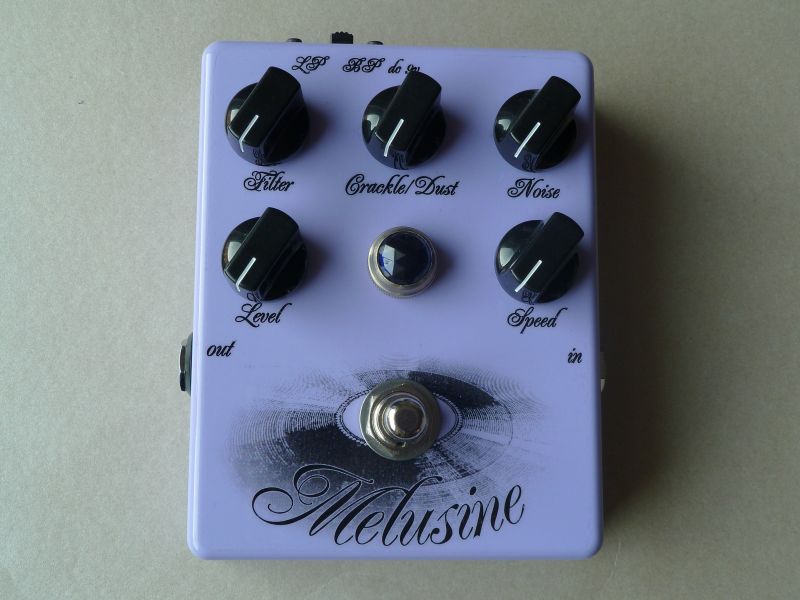 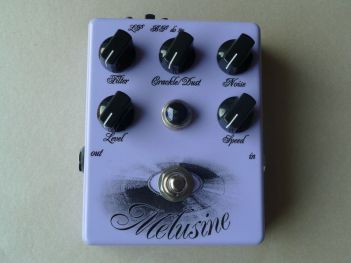 Melusine will take your signal a few generations back, add a few layers of highly randomized crackles, noises, run it through a lo-fi tuned filter, lightly vibrate it to produce a convincing sound of an old worn out vinyl record.
In addition, the new 3rd generation of the pedal can generate an alternative on (needle drop) or off (needle skip/scratch) sound effect. This new feature is activated by holding down the bypass footswitch.

Apart from the main task, Melusine will find its use as a light vibrato/phaser pedal or a static lo-fi bandpass/lowpass filter.

Melusine can be used as a gentle vibrato pedal with an unusual modulation waveform. Simply set the Noise and Crackle/Dust controls down to minimum and use the Speed together with the Filter knobs to shape the sound.

The Speed knob when taken down to 0 stops the modulation LFO. By reducing the vinyl artifacts (Noise and Crackle/Dust) down to 0, the Filter and Level knobs will be used to EQ the signal only.

From the beginning i realized it will be a very niche pedal, some might even call it a "one trick pony", but it wasn't going to stop me. The Melusine was born. Btw. another pedal name i have to thank my wife for :) 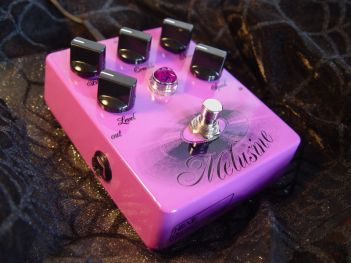 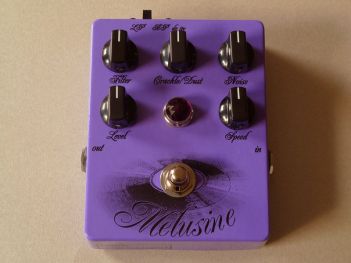